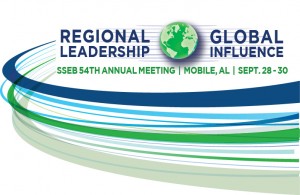 (Click image for video presentation. PDF, if available, is included in title link.)

Drawing on Our Energy Strengths

New Energy Advances in the South: Oil Sands of Alabama and Mississippi

The Strategic Impact of Unconventional Energy Resources in the American South

The Role of Nuclear Energy in America’s Future

Outlook from the Tennessee Valley Authority

A Senator’s Perspective: Congressional Leadership on Energy and Environmental Issues