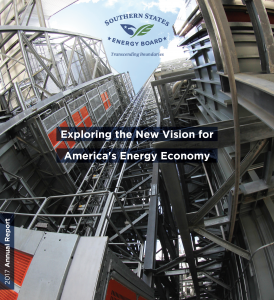 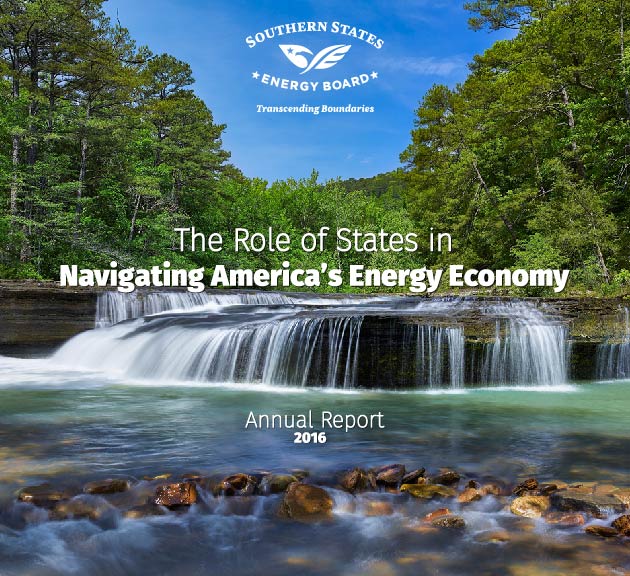 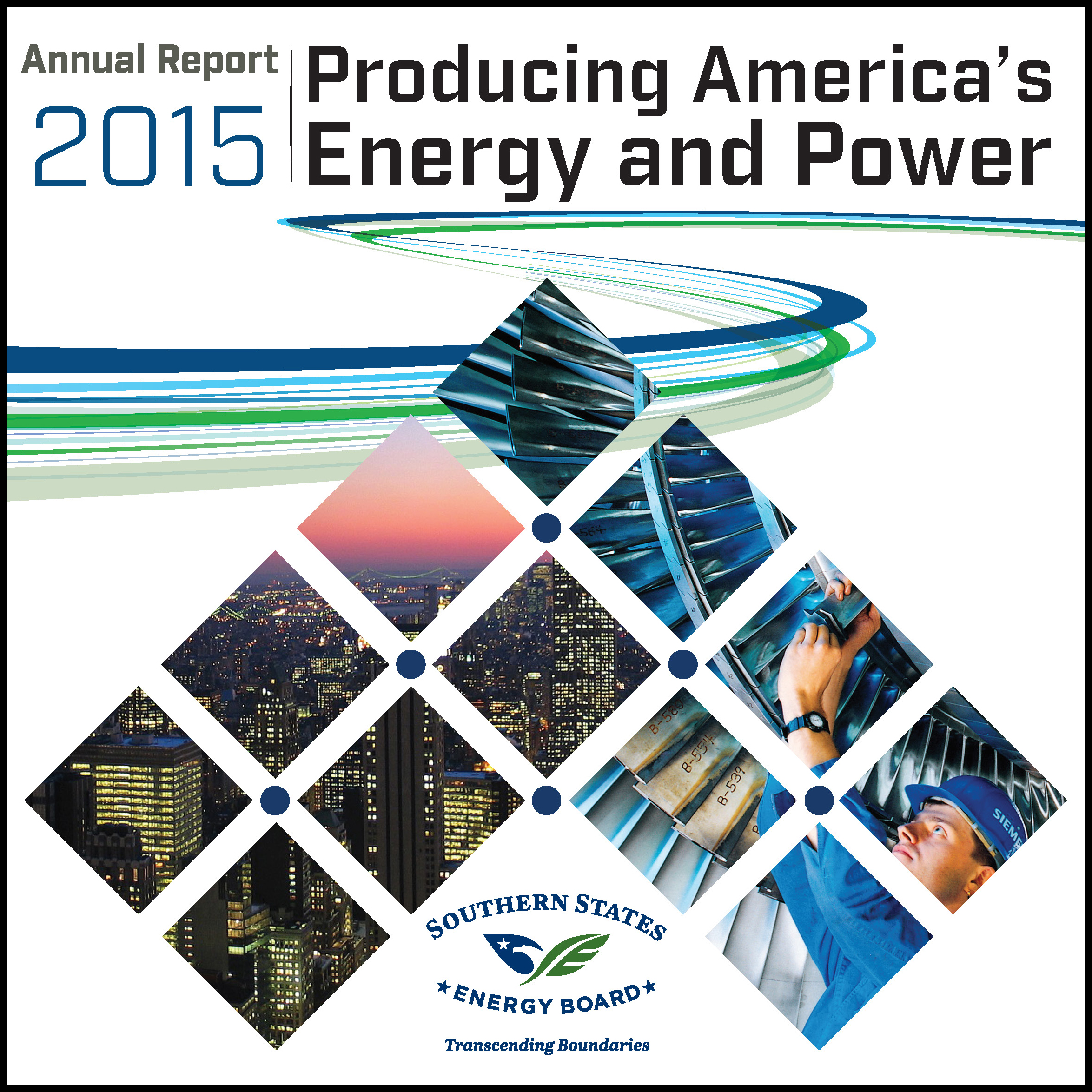 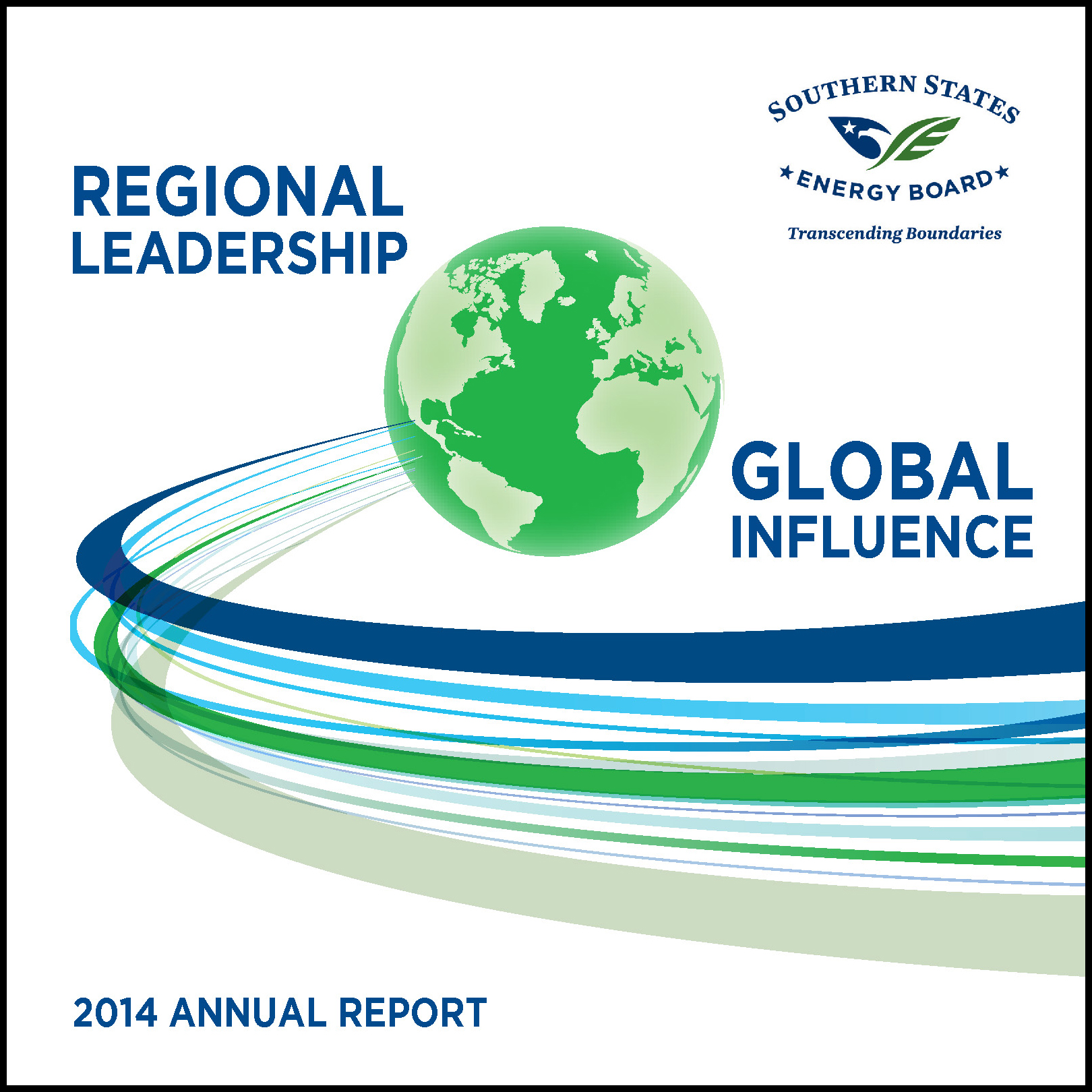 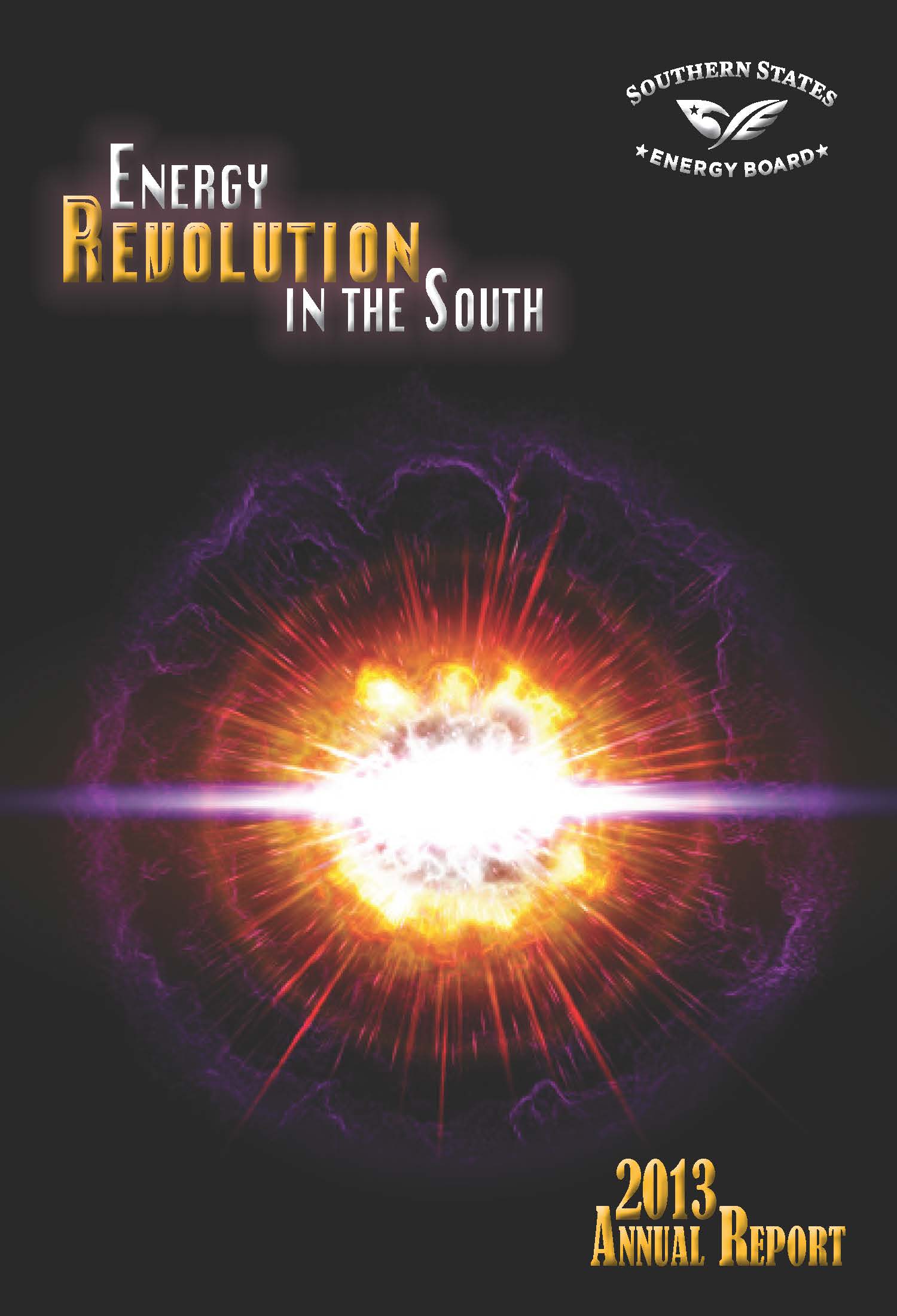 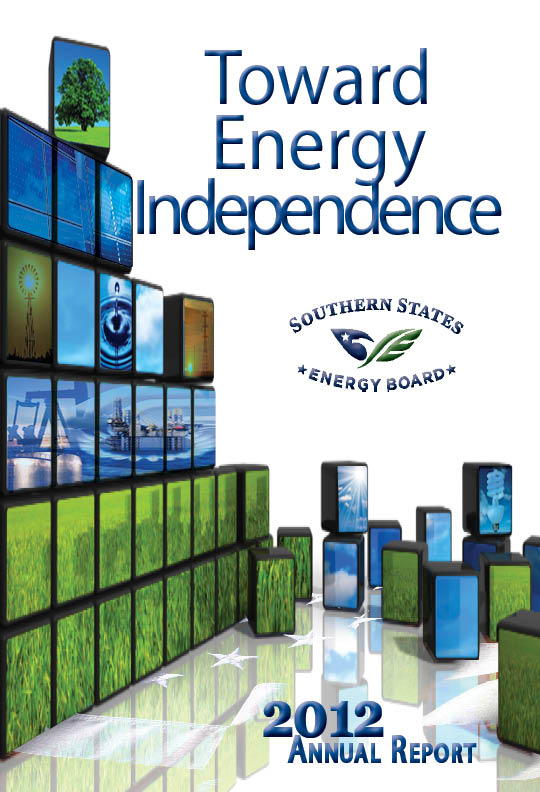 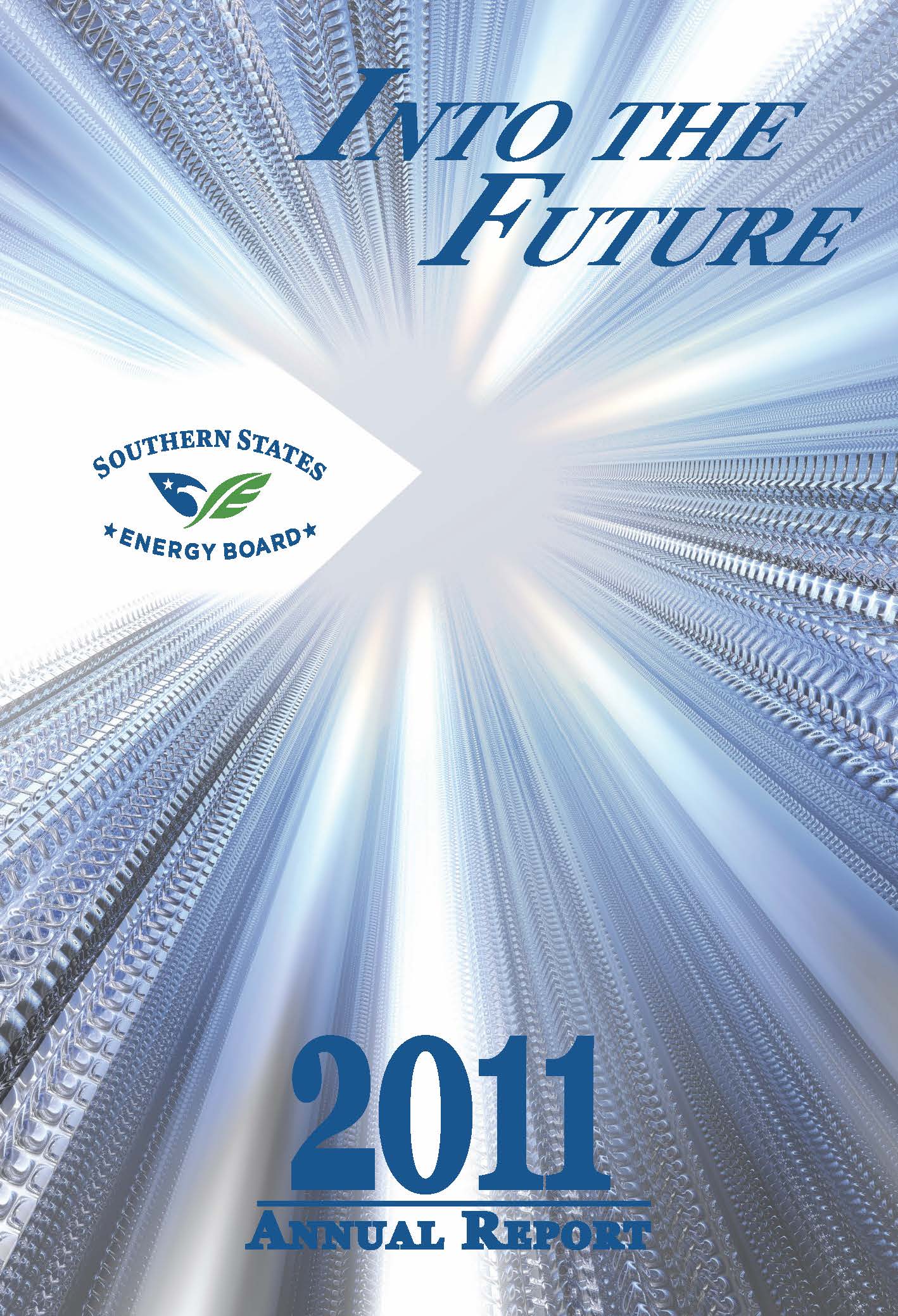 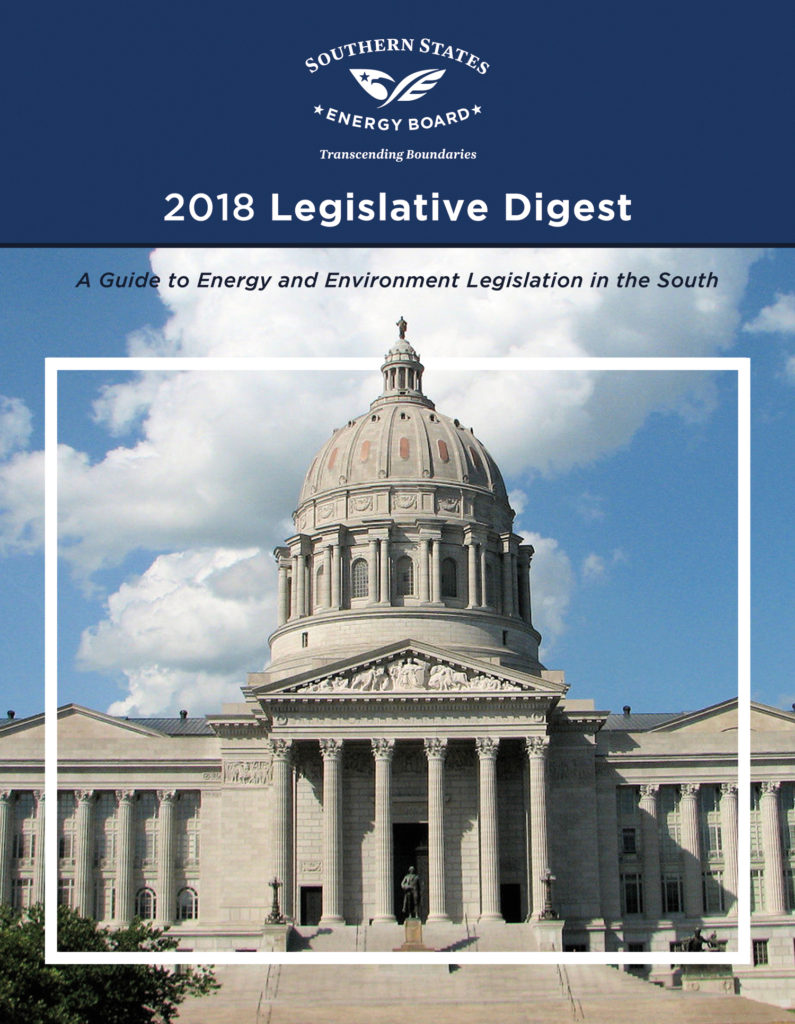 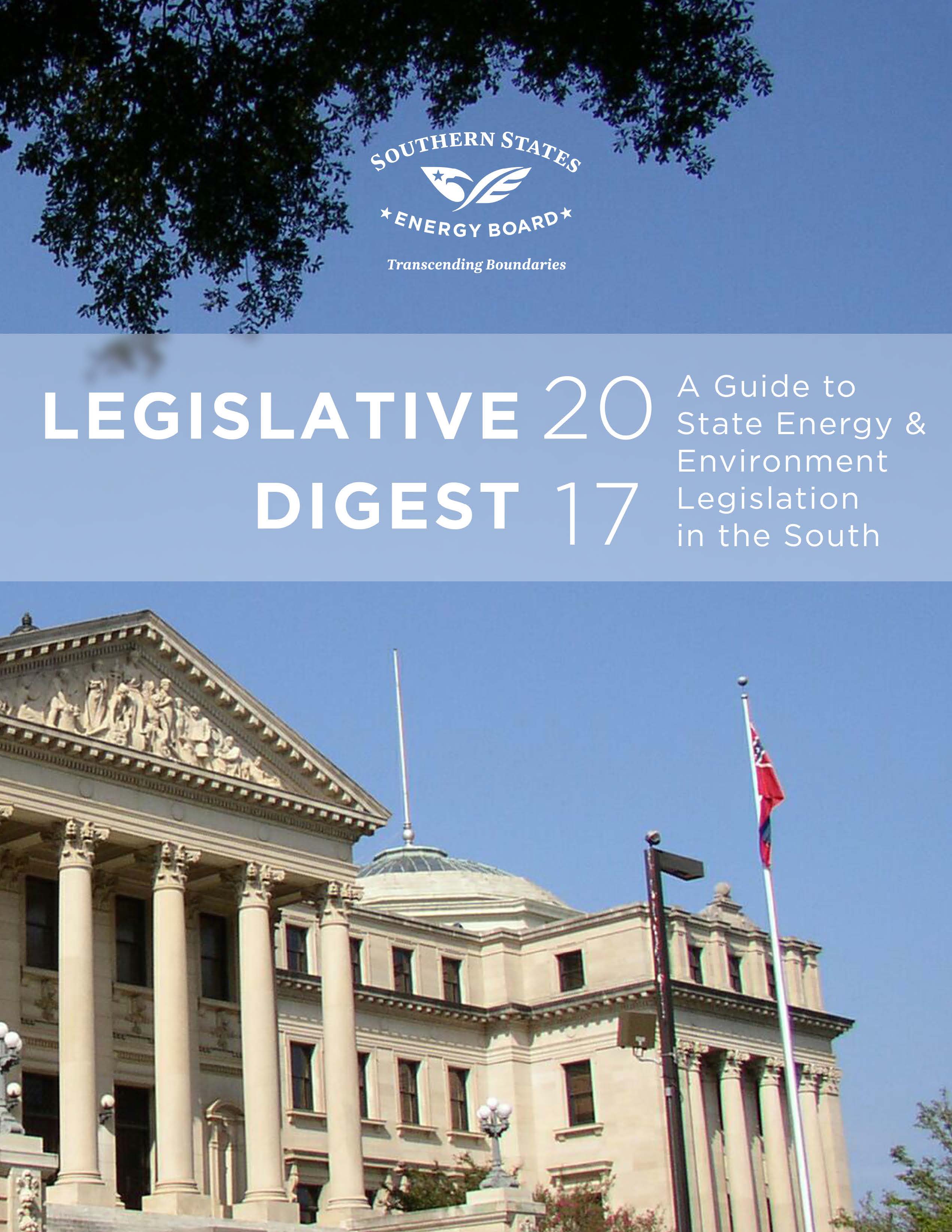 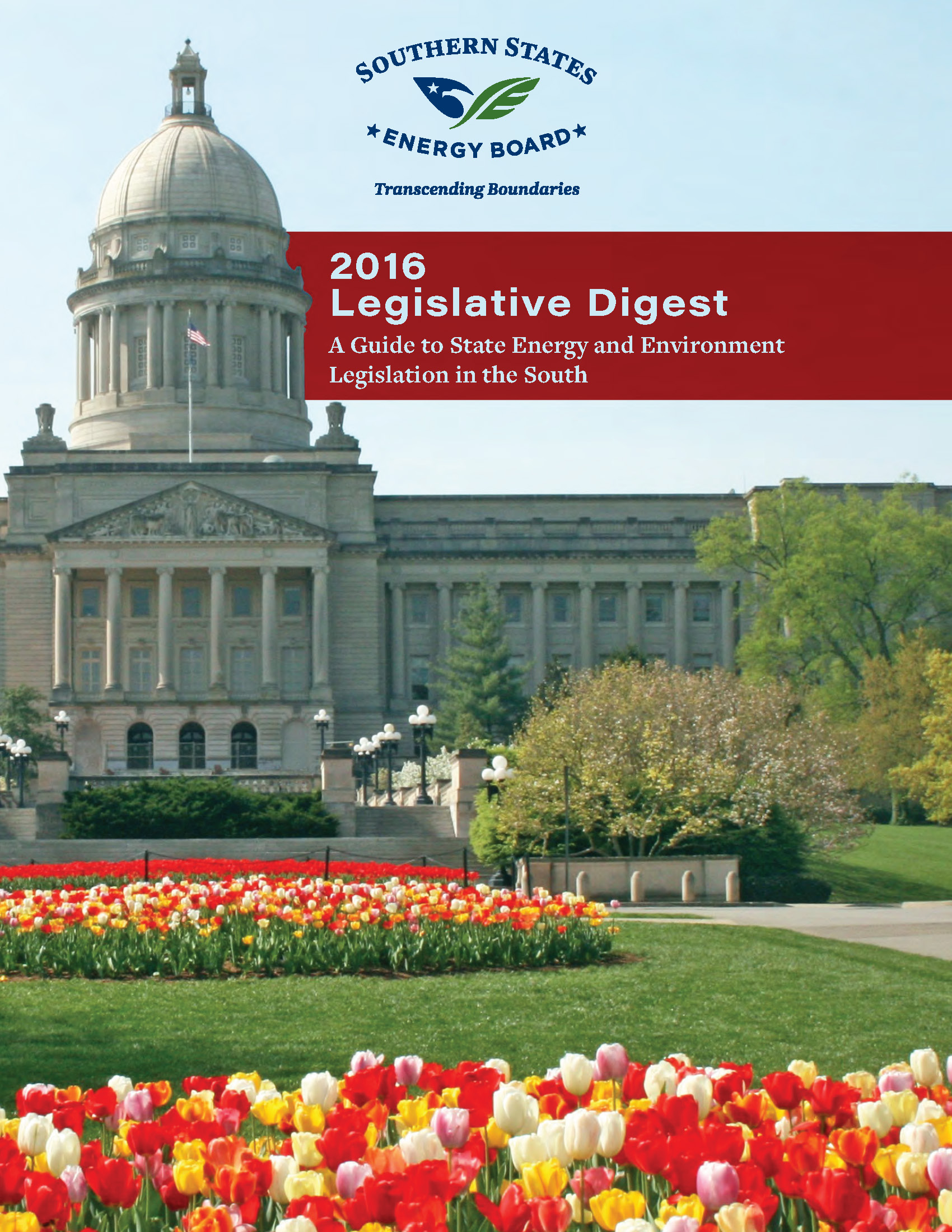 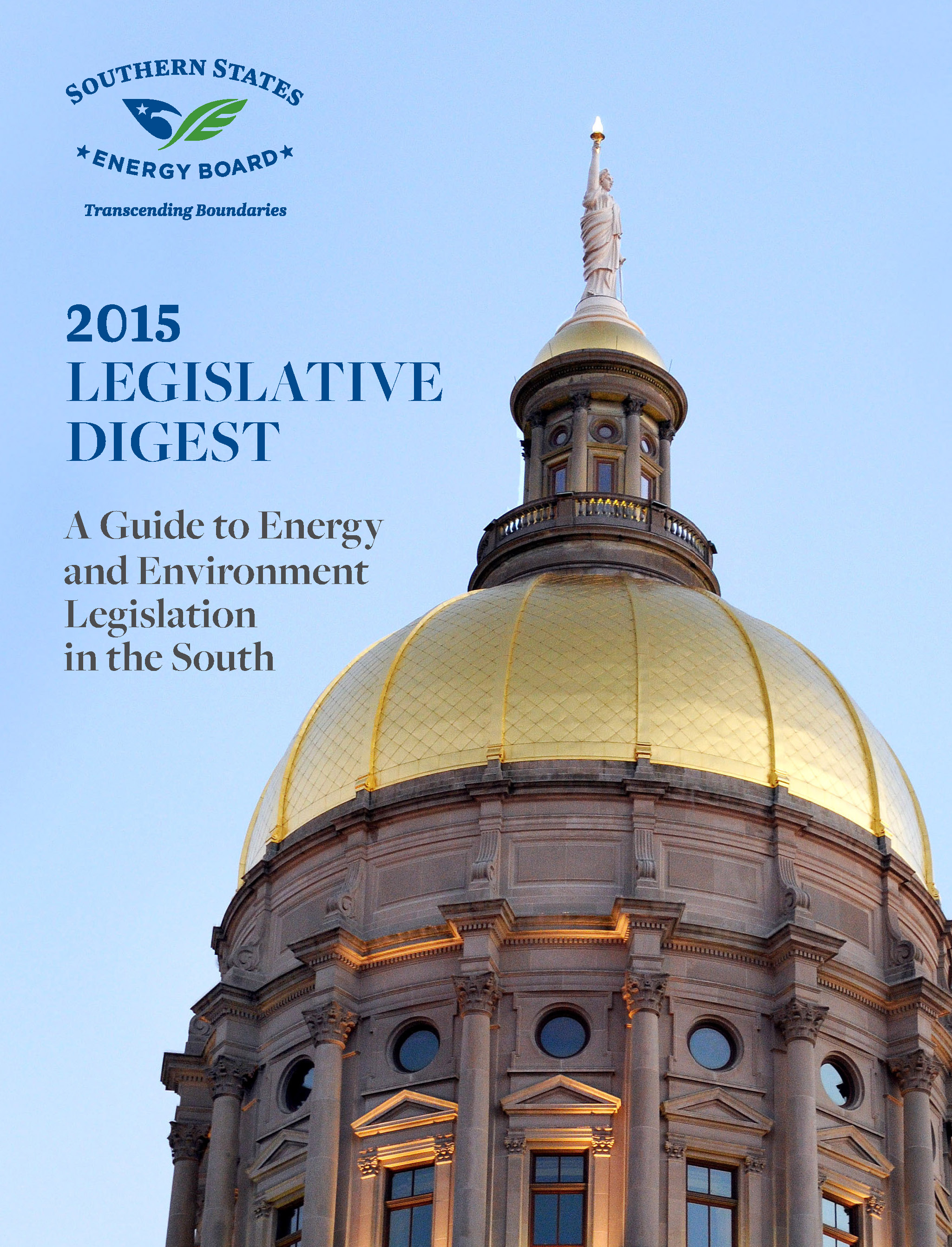 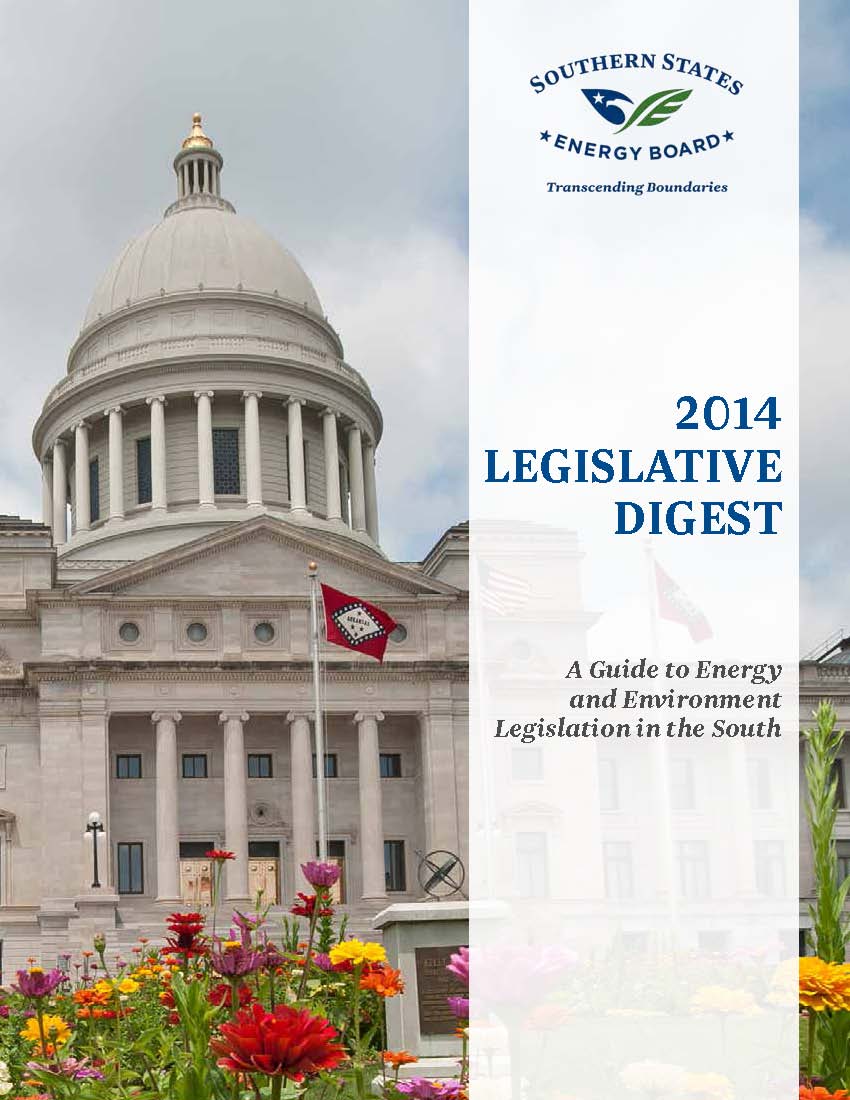 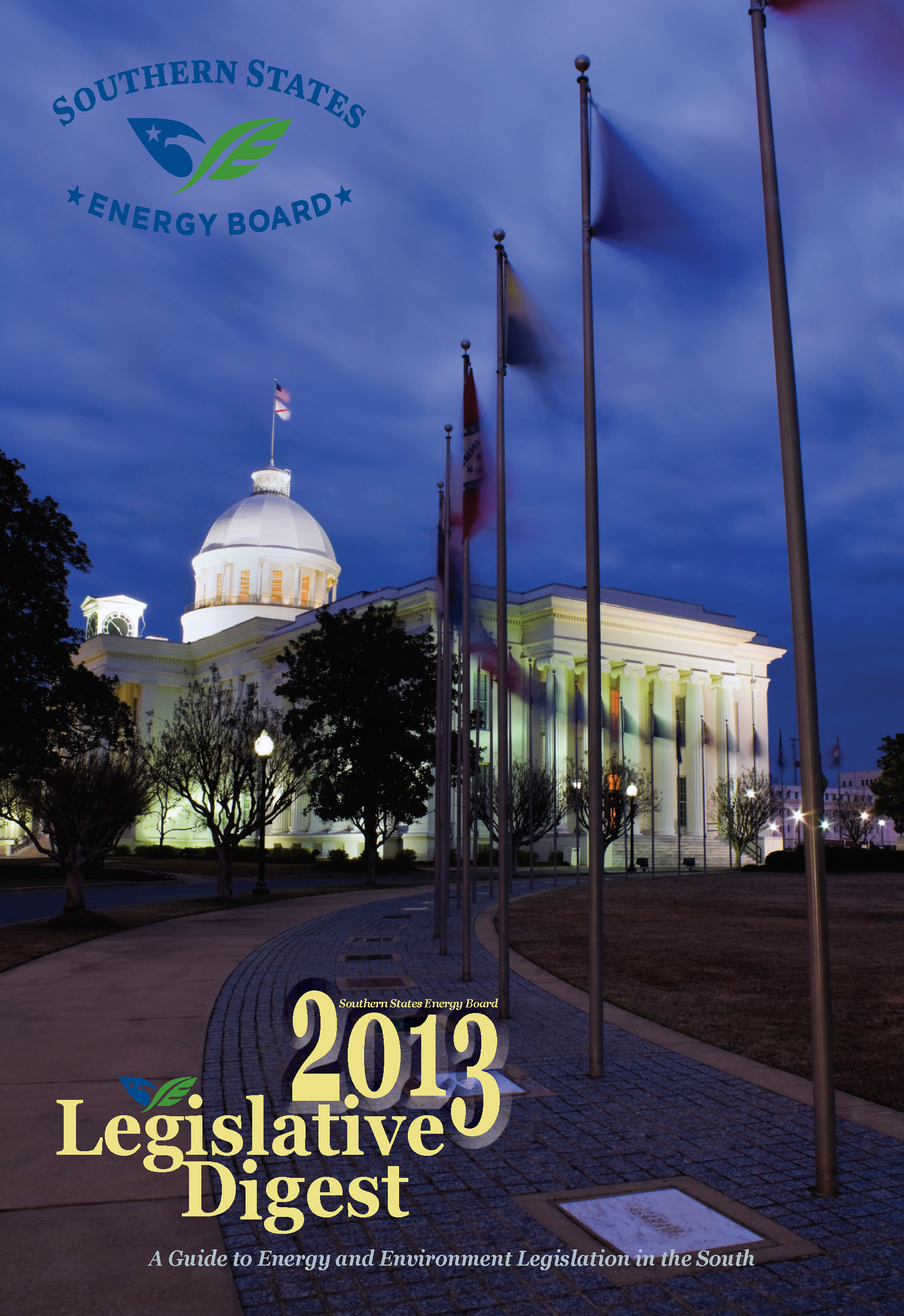 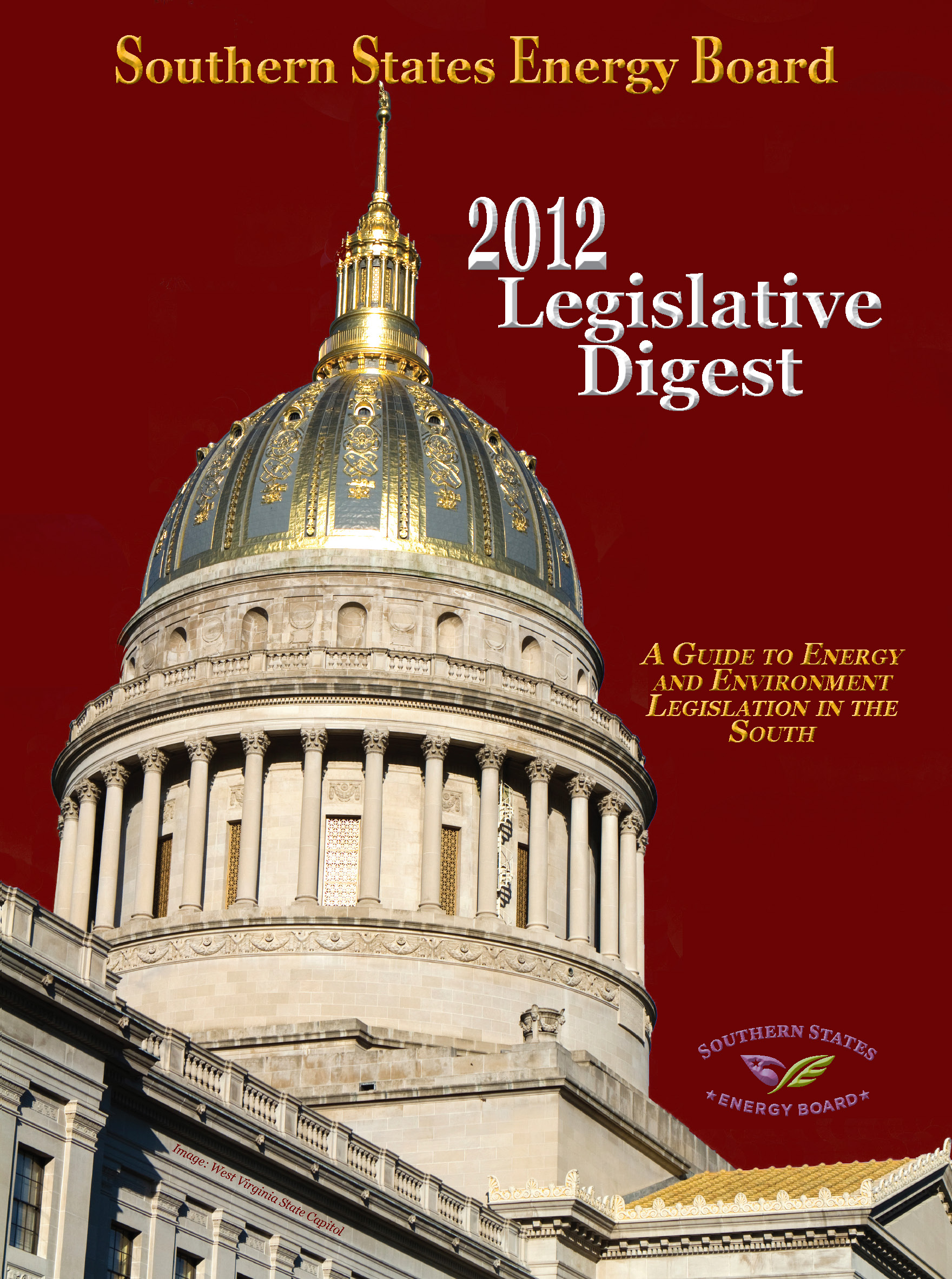 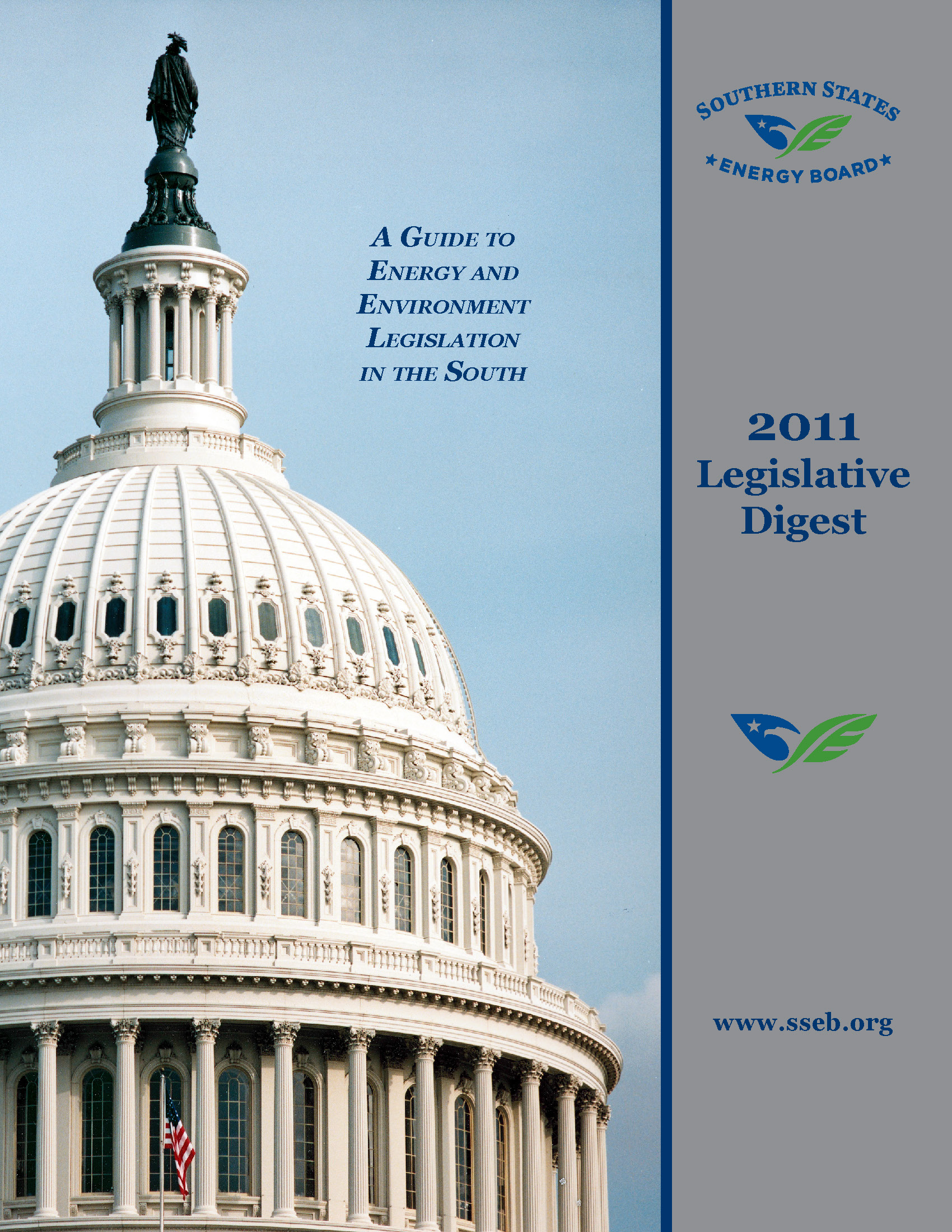 A GUIDE TO STATE OIL & GAS REGULATORY ENTITIES IN THE SOUTH

This publication highlights how states conserve and maximize oil and gas resources, while protecting health, safety and the environment. Each of our Southern States Energy Board member states, who have appointed entities for oil and gas regulation, organize their board, commission or council differently; however, they share a common goal. Our member states understand that the responsible and environmentally safe development of our resources not only strengthens our economy by creating and maintaining jobs, but also lessens our dependence on foreign resources, making oil and natural gas more affordable for consumers and businesses.

Download: A Guide to State Oil & Gas Regulatory Entities in the South

A POLICY, LEGAL, AND REGULATORY EVALUATION OF THE FEASIBILITY OF A NATIONAL PIPELINE INFRASTRUCTURE FOR THE TRANSPORT AND STORAGE OF CARBON DIOXIDE

The Southern States Energy Board and Interstate Oil and Gas Compact Commission established the Pipeline Transportation Task Force (PTTF) in April 2009 as part of the Southeast Regional Carbon Sequestration Partnership (SECARB) program. This report provides recommendations from the PTTF’s evaluation of the regulatory status and current level of development of CO₂ pipelines and identifies policies that would encourage rational build-out of a future CO₂ pipeline system in the United States.

Download: The Evaluation of the Feasibility of a National Pipeline Infrastructure for the Transport and Storage of Carbon Dioxide

Water, energy and emergency management professionals came together over two days in April 2007 to explore responses each sector should make in times of crisis as energy facilities are impacted by weather events, leading to interruption of energy supply to water and wastewater treatment facilities and other infrastructure impacts. Some 90 representatives of electric and gas utilities; water and watershed management; state energy, environmental and emergency response officials; the U.S. Army Corps of Engineers; FEMA; and national water management associations met to review best practices and explore solutions to a series of tornadoes that moved through the city of Decatur, Georgia, up through the Atlanta region over a 24 hour period.

This useful publication summarizes the basics of the electricity supply system, water and waste water systems, and emergency local and state energy assurance guidelines. How does the electric utility respond to a tornado watch at 3 am? When do backup generators go online at the water utility? What priority do hospitals have as electricity and water supplies are restored following a significant storm event? How do the electric, gas and water utilities maintain coordination in the midst of chaotic events of a weather disaster? Should public policy mandate that manufactured home parks have a safe, common area? Are there evacuation and emergency responder vehicle routes that require gasoline stations with auxiliary backup energy supply so they can be operated in times of crisis? These and other relevant issues discussed in this summary can result in a response team that is better prepared and ready to react when the next weather event occurs.

CARBON CAPTURE AND SEQUESTRATION LEGISLATION IN THE UNITED STATES OF AMERICA

While coal power is associated mainly with the Midwest and Appalachian regions, the states with CCS legislation represent a comprehensive cross section of the country. This study on state CCS legislation does not include every element addressed by these bills. Instead, it is intended to give an overview of four key areas identified as necessary elements of a broader comprehensive regulatory framework governing CCS activities. The key areas are Project Authority, Pore Space and Carbon Dioxide (CO₂) Ownership, Liability and Financing Sources.

DIGEST OF CLIMATE CHANGE AND ENERGY INITIATIVES IN THE SOUTH

Compiled by the Southern States Energy Board (SSEB) at the request of the Southern Governors’ Association’s 2008-09 Chairman, Virginia Governor Tim Kaine, this compendium provides a summary of the climate change and energy policy initiatives currently underway in the 16 states and two territories represented by the member states of these organizations.

Download: Digest of Climate Change and Energy Initiatives in the South

FRESHWATER AVAILABILITY AND CONSTRAINTS ON THERMOELECTRIC POWER GENERATION IN THE SOUTHEAST U.S.

This report estimates the likely availability of freshwater for additional thermoelectric generation in twelve states within the region encompassed by the Southern States Energy Board (SSEB). The SSEB states that the report evaluates are: AL, AK, FL, GA, KY, LA, MD, MS, NC, OK, SC, TN, TX, VA, and WV. Thermoelectric power plants; coal, oil, natural gas and nuclear; fueled power generators; require vast quantities of water for steam generation and cooling. For example, a 500- MW coal-fired power plant burns approximately 250 tons per hour of coal while using over 12 million gallons of water per hour for cooling turbine exhaust. This publication gives an excellent overview of such data and its effects on future forecasts and resource availability and use.

Download: Freshwater Availability and Constraints on Theromoelectric Power Generation in the Southeast U.S.

More than 100 nuclear power plants operate in 31 states, including 44 reactors in SSEB member states. They are the nation’s second-leading source of electricity, after coal, with average electricity production costs that are cheaper than coal or natural gas. Nuclear power also helps states meet Clean Air Act goals as well as reduce carbon. Without nuclear energy, carbon dioxide emissions would have been 28 percent greater in the electricity industry in 2004

This publication examines nuclear power in the South from both an historic perspective as well as an academic one, focusing on supply, demand, waste, plant design and construction, and policy.

On October 24, 2013, the Southern States Energy Board and Interstate Oil and Gas Compact Commission jointly released a report entitled Preliminary Evaluation of Offshore Transport and Geologic Storage of Carbon Dioxide. The report explores geological and technical topics that should be considered in developing and applying a robust legal and regulatory framework that will facilitate the design and deployment of successful offshore CO₂ storage projects. The report has been prepared to inform and assist policymakers and regulators who will authorize and regulate potential offshore projects, operators who will design and implement potential projects, and the wide range of stakeholders with interest in these projects. This work is supported within the SECARB program funded by the U.S. Department of Energy National Energy Technology Laboratory and cost-sharing partners.